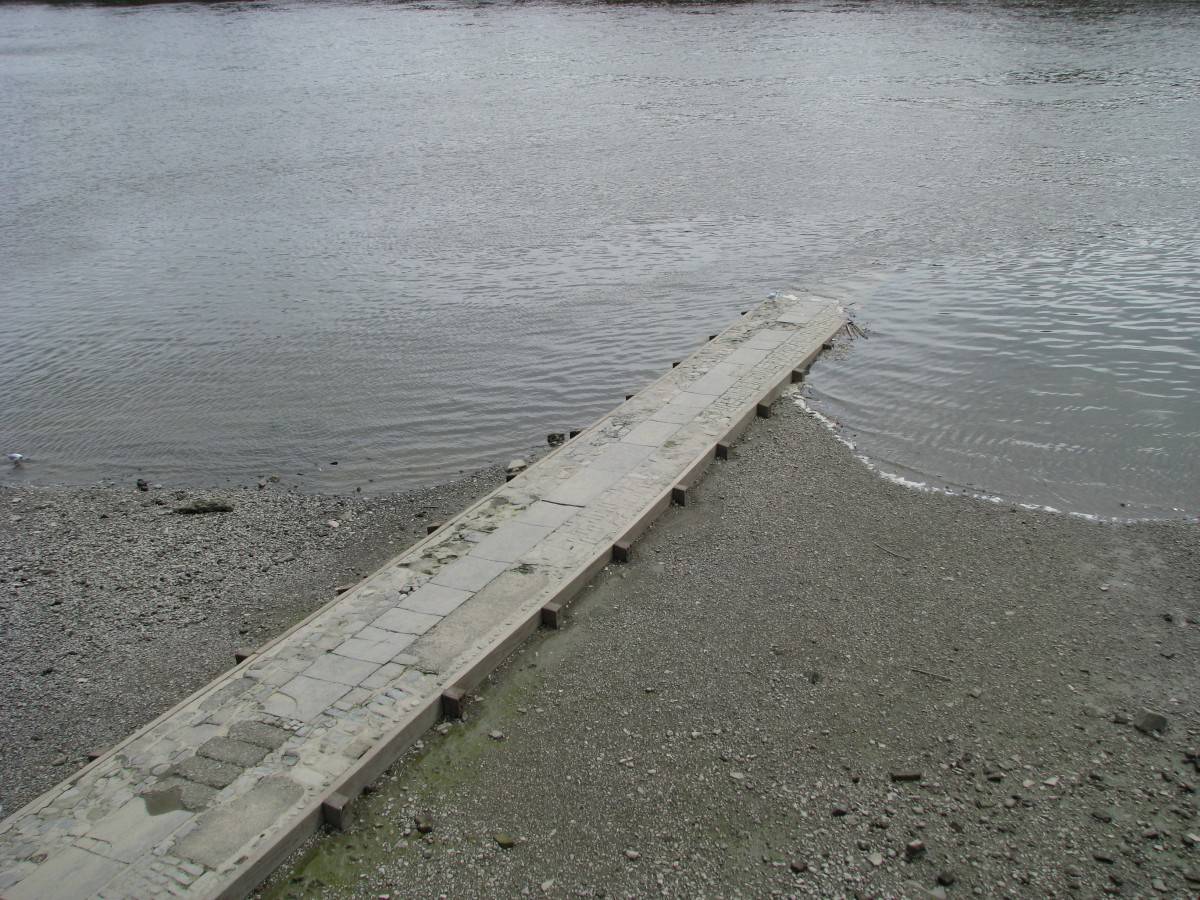 The Story Behind the Story – on writing The Detective’s Secret

I begin my writing process with an image. For this novel, the image was a windmill on the Sussex Downs with windows inserted beneath the sails. Anyone living there could see for miles.

In my twenties I read Victorian philosopher Jeremy Bentham’s description of an economically efficient prison. His ‘Panopticon’ was a tower with cells fanning out around it. No guard need be in the tower since the windows would be screened, prisoners couldn’t tell who was up there. Yet, Bentham believed, they would assume that they were under surveillance and behave accordingly.

In their paper The Panopticon’s Changing Geography (2007) Jerome E Dobson and Peter E Fisher identify three waves of surveillance technology. ‘Panopticon I’ is Bentham’s concept. ‘Panopticon II’ is George Orwell’s 1948 novel, Nineteen Eighty-Four, envisaging how television might be used by a totalitarian government. Now, we’re in ‘Panopticon III’. Many of us accept trackers on our mobile phones, CCTV on our streets and barcodes revealing how we shop. We tacitly consent to being watched.

Facebook is a window into other lives. We watch each other.

Both of my characters are observers. Stella Darnell owns a cleaning business called Clean Slate, so she can closely observe more homes, offices and other buildings than is possible in most jobs. As the series title, The Detective’s Daughter, suggests, Stella’s father Terry was a detective with the Metropolitan police. I made Stella a cleaner because she enters rooms that, like crime scenes, are disrupted and a mess and, as Terry did, she restores order. In The Detective’s Secret, Stella adds ‘detection’ to services offered by Clean Slate.

Her side-kick, Jack Harmon, is a train driver. Bringing his train into stations, Jack observes his soon-to-be passengers waiting on platforms. He rarely speaks to them, but knows them by their behaviour, attire and their facial expressions. A nocturnal flâneur, Jack randomly walks night-time streets populated by phantoms, a quietened city of shadows and receding footsteps. Yet nothing Jack does is random. Entering the mind of a murderer, he hunts out those who have murdered or who will murder.

I realised that if Jack lived in a tower he could watch London. What kind of tower?  Not a high-rise block of flats, because I want him to be alone. West London has plenty of parks and commons, but I’d be stretching credibility to place a windmill by the Thames at Chiswick, where my story is set. Driving along the Kew Road – on tower alert – I spotted the water tower in Kew Gardens, built to supply the Palm House. Water towers are used to store water for different purposes, domestic, commercial or botanical, and as I now know, are in cities all over Britain.

I had found Jack’s Panopticon. From his tower he will watch for murderers.

The Detective’s Secret is about betrayal and revenge. How we fall short of others’ expectations and how we might respond to those who let us down. I write about our darker sides. I say ‘our’ because the good are sometimes bad and the bad can be good.

An eclectic genre, crime fiction allows me to explore a broad range of themes and ideas.  Conan Doyle’s Sherlock Holmes, Christie’s Miss Marple and Sayers’ Lord Peter Wimsey are some of my early influences.  Like Wimsey and Marple, my character Stella Darnell is an ‘unofficial’ detective, although unlike them she has a day job.

The London of my novels owes much to Dickens, another inspiration. Twisting alleyways, leafy streets and Thames towpaths are wreathed in fog. Cobblestones and worn flagstones, slick with rain, shimmer in sallow pools of lamplight. The Detective’s Secret is set between the Great Storm of 1987 and the 2013 St Jude storm. The Thames endures across the centuries, its currents strong enough to carry a body out to the sea.

My work is influenced by psycho-geography, the emotional relationship of individuals to the city in which they live and walk.  Landscape holds our hopes and dreams, disappointments and tragedies, we have an inner map of our desired paths. Stella and Jack navigate such paths through London, each haunted by childhood memories and impressions embedded in streets, in brickwork and the patina of pavements. Researching The Detective’s Secret, I walked the area, Corney Road and the cemetery opposite it, along the river and beside the Great West Road. I lingered outside houses where my characters live and imagined them inside. Fiction merged with reality. I was walking my story.

The well-worn advice to ‘write about what you know’ is only partially true. I’m frequently asked if I’m as skilled a cleaner as Stella is. I am not. My study is often lightly festooned with cobwebs and my desk greyed with dust. When I finish a novel I have a ‘Stella’ flurry and whisk about with a mop and a duster, otherwise the cleaning in my novels is outside my experience.

Growing up, I travelled everywhere on the London Underground. The smell of warm dust, the percussive clatter of the wheels and the hush of train doors are in my bones. I gave Jack a role I dreamt of doing. He drives on the District line, choosing the ‘dead-late’ shift because he likes the night and the tunnels. Jack is intuitive and, to Stella’s practical mind, fanciful. Yet they are perfectly matched and together they solve crimes.

My stories include coincidences. Researching for The Detective’s Daughter, I experienced two coincidences more implausible than anything I invent.

I approached the British Water Tower Appreciation Society – that such an organisation exists is extraordinary enough – and discovered that it was run by a man I grew up with, we played in the streets and parks of my stories. Nat Bocking sent a reading list that propelled me into the history of the pros and cons of water tower construction.

The second coincidence.  I told an old friend about my water tower novel and she said that her brother, the designer Tom Dixon, had bought one in West London and converted it into flats. Tom lent me the key.

One summer morning – in the liminal state between reality and fiction that I enter when creating a story – I climbed a metal staircase at the side of the tower and with trepidation – I’m not great with heights any more than cleaning – unlocked the tower.

Tom had told me that the roof offered a three hundred and sixty degree view of London. The skylight was heavy and wouldn’t budge. I persisted and was nearly concussed when I lifted it then let it bang shut. I couldn’t give up. Using my vestiges of strength I heaved it up and staggered out onto the roof. The skylight stayed upright, threatening any moment to close. Under a hot sun, I constructed a scene in my notebook where Stella cannot open the hatch, but must or the consequences are terrible. I absorbed sound and lack of sounds, no bird song, no human voices, an occasional horn from traffic far below. In ‘reality’ if the hatch shut I would be trapped. As happens in fiction, my phone battery died. No one would hear me shout. I scribbled furiously. I was Stella trying to open the hatch.

A week later I was in more trouble. Chiswick Mall is a secluded street of Victorian mansions that, like much of this area, is timeless. At low tide, the Eyot opposite is connected to the ‘mainland’ by a cobblestoned causeway crossing an expanse of mud. When the river fills it becomes an island. I trudged around the Eyot, dipping beneath willow fronds and parting reeds, taking pictures on my phone (a reason why the battery fails). I was Jack following his secret path to the Garden of the Dead. Photographs provide a record of the topography, street corners and ramps, colours and textures, although when writing I may change these details. I find clues in the images. I too am a detective.

I heard shouting. A man was waving from Chiswick Mall, his words lost in the breeze rattling the reeds.

The slick of water, which had been a hundred metres distant when I arrived, was about to cut me off. Semaphoring thanks, I stumbled, skidding and tripping, to the causeway, tight-rope walking it as water washed over the cobblestones. Deep in my unfolding story, I had ignored the rhythmic lapping of the tide returning. By the time I got to the Mall, the causeway was submerged, a ripple of conflicting currents indicated a shadow path. Write about what you know. I put this experience into The Detective’s Secret.

Reality becomes fiction. I moved the water tower from Ladbroke Grove to the Thames overlooking Chiswick Eyot. At night it casts a shadow over the black waters of the Thames.

From his Panopticon, Jack surveys London. No one knows he is watching. Or so he thinks.