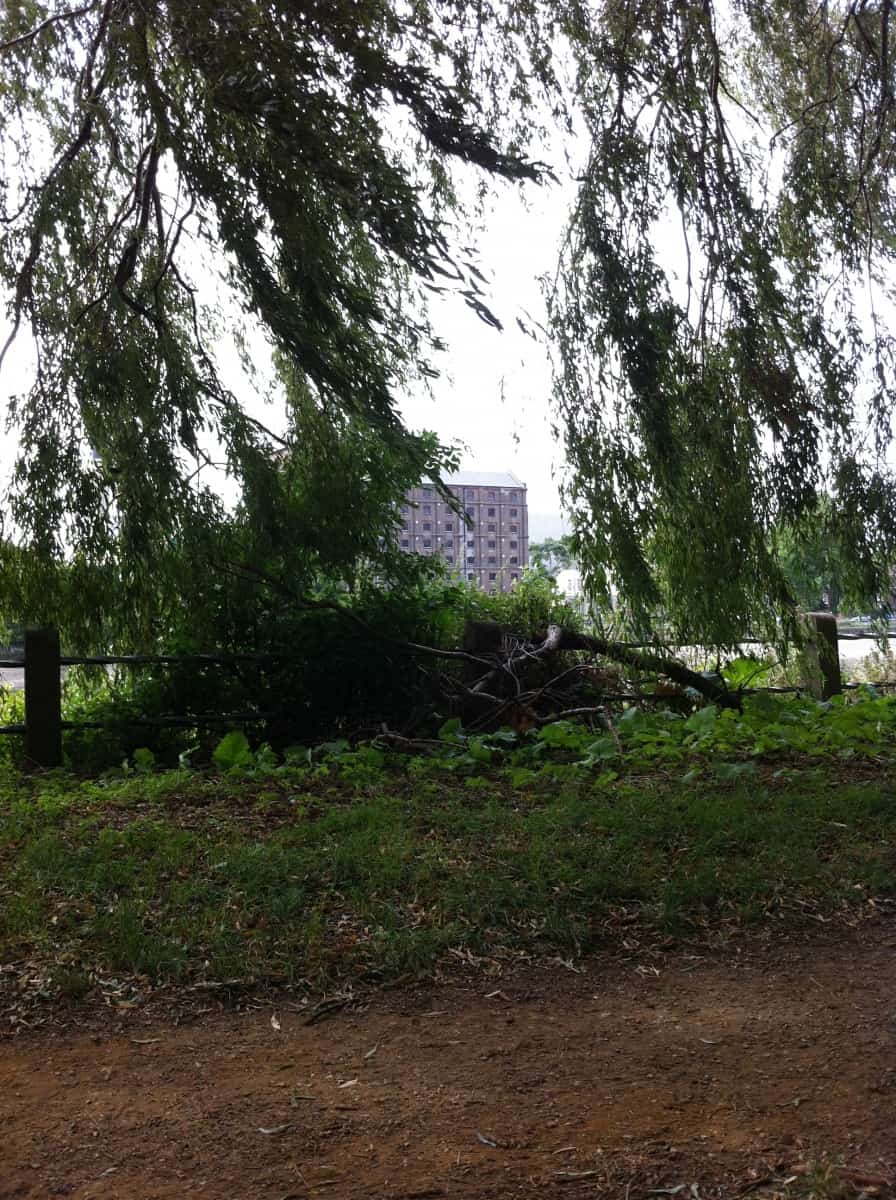 Thursday 16th August 2012. Dukes Meadows at eleven in the morning. I park my car in the shade of a tree. The sun is beating down, it’s already hot. Through bushes I can see the river Thames, darts  of bright light dance on its surface.  This is London, I’m not far from the A316, yards from Chiswick Bridge, yet I’m sealed within an immediate and suspenseful quiet that is not tranquil despite the verdant green and the summer sunshine. The silence is fraught and when reluctantly I lock the car and make for the river, I feel a pricking on the back of my neck. This is me researching, I intend to immerse myself in the atmosphere of Ghost Girl. I need solitude, but this profound quiet makes me uneasy. I am alone. If I shout for help, no one will hear.

Stella came to Dukes Meadows in early May of this year. It was unseasonably chilly that evening,  dark clouds ushered in a premature dusk.  A freak hailstorm obliterated her vision so she couldn’t drive away. At least today the sun is shining and, I assure myself, any threat is in my imagination.

I find a break in a railing and go down some shallow stone steps cut into the bank.  If someone attacked me, the bushes screen me from the path. I might be spotted on the South side of the bank.  Opposite is Mortlake Crematorium where Terry Darnell’s funeral took place the year before. Stella was surprised to see it when she was here. No one is there to see me now.

The tide is not long out and mud, glistening and viscous, makes the lower steps treacherous. I venture no further.

Snagged on one step is a towel. Or what was a towel, as the ghosts creep up around me, even this everyday object appears uncanny. Faded and stiffened, tossed by the wind, it’s scrunched and contorted.  Jack would call it a ‘sign’, a ghost of a lost action. Did someone come here to swim? Were they caught by powerful currents near the stanchions of the bridge and pulled under? They left their towel and walked down these steps to the water.  Where I stand now. I shiver despite the building heat.

I return to the tow path and walk towards Hammersmith.  A woman was found dead at Dukes Meadows on 17th June 1959, a Wednesday.  I’ve researched the Hammersmith Murders.  One writer is specific that the body was found propped against the trunk of a willow tree. I found the tree on Streetview, safe in my study sipping tea, I zoomed in on the patina of the bark.

I don’t need my printed screengrabs from Street View, there’s only one willow tree. I welcome the cool beneath its canopy and, hardly breathing, become aware it’s not entirely quiet.  Nudged by the slightest breeze, the willow fronds whisper and a bird chirrups, the hollow call makes my heart pound.

Elizabeth Figg was murdered elsewhere and brought here so she would not have seen the minutia I see now although it will not have changed. I sit down near where she was found, grateful to find the impacted earth softened by a carpet of willow leaves. One of the books I have read quoted the policemen who discovered Elizabeth Figg early that morning as saying she appeared to be sunbathing, gazing out towards the Watneys brewery.  This fanciful impression helps me fix the location. The brewery, now Budweisers, is brooding and portentous, silhouetted against a blaze of morning sunlight. The years have passed. Who remembers Elizabeth Figg alive? Who notes her passing, not as a likely victim on the grim list called the Hammersmith Murders, but as a woman whose life was  cut short?

When Stella Darnell tells someone she is going to Dukes Meadows she is told about Elizabeth Figg. She found the willow tree and, as dusk fell, stood under these same willow fronds.  A practical woman, not happy to explore her darker side, Stella, like me now, felt the presence of ghosts.

My disquiet increases, I lean back against the trunk, appreciating its implacable solidity, and find myself echoing Stella’s words.