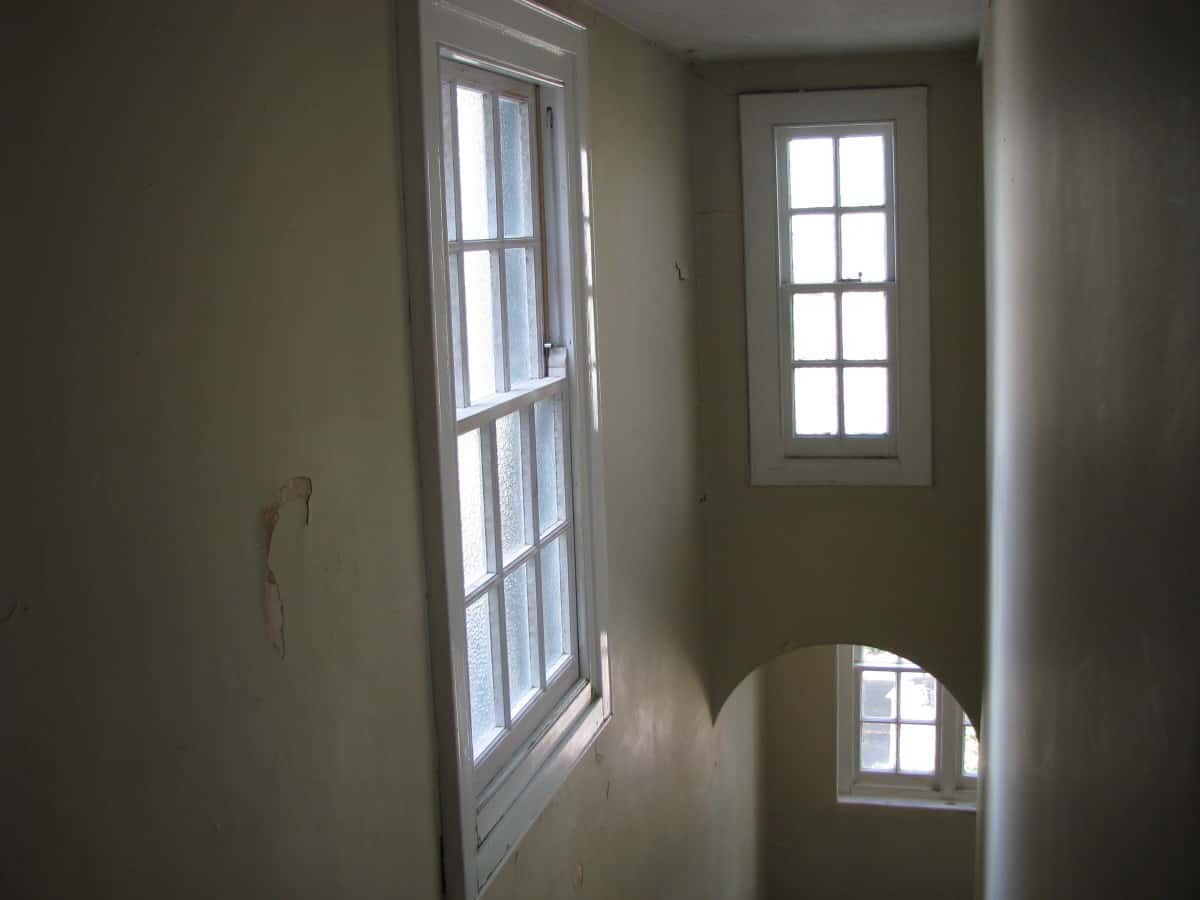 ‘Erected in memory of S.L. Swaab Esq. His knowledge like a spring of refreshing water flowed ever during life for the relief of the suffering.’

The 22nd of July 2011 was warm and sunny. In Ravenscourt Park, I walked the route I used to take to my primary school, along a path by the London Underground viaduct where once there was a slide. In 1966 Mary dragged her younger brother Michael there after school. I wasn’t evoking my childhood, I was in Ghost Girl. The slide has gone, but that morning I slipped through an opening in the iron sheeting and found Jack showing Stella where the Thornton children had played forty years before.

Jack and Stella paused on Ravenscourt Road by the school where Mary and Michael went after moving from Caledonian Road. Michael looked with trepidation through the mesh fence, his big sister urged him on. Foliage screened my view, I had trouble finding the fence.

I passed an Italian restaurant, the building was public toilets when Mary and Michael were children. I photographed the drinking fountain. Stella consults a spreadsheet of horse troughs and drinking fountains. This was ‘of polished grey granite. Erected in 1887. Maintained by Hammersmith Metropolitan Borough Council.’ It’s not what Stella’s looking for, she dismisses it.

That morning I dismissed nothing. I recorded every tiny fact, sure, as Jack is sure, that it could link to other facts to reveal a secret. Mallingswick House was once a Victorian mansion, its wrought iron gates stood open. When Jack visits at night they are locked. He breaks in round the back.

By the steps to Mallingswick House, was a metal bin stuck with a label. ‘For cigarettes only, not for ‘general rubbish or this will cause a fire’. The bin was rusted, the paintwork stripped. On the first step to the porch was the same rusted stain describing a circle, the circumference matched the bin. Someone had moved it from the step, presumably when it caught fire. I was thinking like Jack.

The studded front door with diamond lights and brass Tudor rose handle was ajar. In the hall – muted institutional yellow and grey with once white gloss – were signs: fire exit, no smoking, fire door keep shut.

I opened a door marked ‘Weltje Room’ – a room named after a street – Jack would approve. The window was outlined in slanting sunlight on the parquet. A ghost window, Jack whispered. A footstep, I turned a smile prepared, guilty for straying from my guide. There was no one there.

The basement was dimly lit, cold and silent. The past – distant and recent – was palpable. In the boiler room I was respectful of the tanks and curving pipes; Jack’s heaven. I found the corridor that Jack uses to enter and exit the building.

In another room, leaning against the wall, was a roll of bubble wrap. I compiled an inventory for Jack. One hand bell, two plastic models in primary colours, a multi-story car park and an airport. A bundled sleeping bag patterned with faces and dominos, one electric hoist. An opened packet of ‘Always’ Maxi Sanitary Napkins, the pale non-descript design from a more inhibited era. Disparate, seemingly unconnected, I recorded everything. While Stella cleans and restores order, Jack finds lost lives in such items.

Since the 1850’s Mallingswick house has been a family home, a workhouse, a school for wayward girls and a home for children with diabetes. For two decades Hammersmith Council leased it to charities. When I visited, it was poised to become a school again. I didn’t know this when I set my boys’ prep school there.

I climbed lino covered stairs to the attics. Another corridor. I opened a door and was high above Hammersmith. A westbound District line train was leaving Ravenscourt Park Station. Through dust dancing in the sunbeam from a skylight I saw pedestrians, matchstick-size walking along pavements, one man hopped over the cracks. A hatch lifted in the river that flowed through the miniature city and an old man, homely in a cardigan rose like Poseidon.

‘There is nothing here’. My guide closed the door. ‘These attics have been empty for years.’